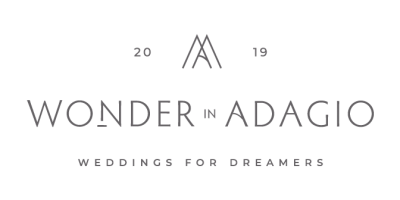 When Mackenzie reached out to us in December of last year about her and Mason’s wedding day, one of the FIRST things she said was that their dog Jack HAD to be in their engagement pictures. He was a very important part of their lives and has been there through so much with them. I’m not going to lie I couldn’t stop taking pictures of Jack, I mean look at him he’s so cute! I mean the newly engaged couple is super cute too, but hes just so darn adorable, and he happens to have the sweetest parents.

Okay, back to his parents, Mackenzie and Mason. We met at her parents lake house on Seneca Lake. If you are from the Fingerlakes you know that this lake is usually a bit chillier because of how large it is, but it is also very very blue when the sun hits it right. The house is directly on the lake, they have a dock and a little boat garage. They spend many summer days and nights as a family on this property, and Mackenzie knew she wanted to take pictures there.

We started out at the railroad tracks behind the house with the whole crew, and then headed down some stairs to the dock. Jack was SO eager to get out there because all he wanted to do was jump in the water. After a few pictures with him, Mackenzie’s mom came to pick up Jack so we could continue the session. He was a tad bummed he couldn’t just jump right in the lake.

After he left, it was time to have some fun with just his Mom & Dad. One of our favorite things to do is ask the bride to stand facing in one direction and then quietly direct the guy to go up and surprise her as if he hadn’t seen her all day and he came home and saw her standing in the kitchen. As Mackenzie stood there waiting, you could sense the anticipation of why she had to stand there with her eyes closed, lol. Mason gently came up and softly wrapped his arms around her waist and swayed her back and forth slowly. She had the BIGGEST smile on her face. Then we decided to do a little dance on the dock, she was so excited! “YES!!! This is what I was waiting for!” she exclaimed.

We had decided before hand we wanted to get some pics in the outlet trail and by the waterfall. Our 10 minute drive turned into 30 because we missed a turn, and weren’t exactly sure where we were. Leave it to Mark and I, we are the WORST with directions. Waze is literally our best friend on car road trips, the Transit App in the city, and random kind strangers that we ask numerous times on our way to a destination.

When we finally arrived, we headed down the trail to the waterfall that is about 1/2 mile away. I should probably mention that at this point, since I NEEDED to get a shot at the lake, I was barefoot. I ended up jumping down into the lake to get closer. The shot is amazing (see above) but my shoes got so wet and slippery that they broke, and this wouldn’t be the first time this would happen to me, but more on that later.

We made it to the waterfall and were trying to conceive a way to get them in the water. We found this little path right down into the water. I think we need to bring a megaphone in these situations so couples can actually hear us, but they both did so well just loving on each other and taking in the moment of being together and just snuggling up really close.

With 2 more outfits, we decided to hit the road and find a new location. Penn Yan happens to be one of our FAVORITE places to get in the car and find a field on top of a hill and pull over on the side of the road to grab some of the most epic shots. So as they changed into their new outfits, Mark and I hopped in the car to go find that hill!!! We came around this sharp corner and there stood this absolutely stunning old Willow tree that hadn’t been trimmed way down. I zoomed into the driveway, knocked on the owners door, and asked if we could shoot some engagement pictures in front of their tree. They were so generous and moved the swing off the tree, and some items in front of it so we could shoot there.

We saw the sun was starting to set quicker than we thought it would and we ran back to our vehicles to keep driving. “Will you chase the sunset with us?” I asked them, and Mackenzie smiled really big “YES!! Let’s do it!” They jumped in their car and were right behind us as we drove down the back country roads in search for a field with the perfect sunset view. It took about 5 minutes, but I mean…..

They changed quickly into some festival T-Shirts where Mason had proposed to her in a wave pool the year before. Music is very important to the both of them, and is something they enjoy and connect together on. This was such a huge aspect that made us a perfect fit as the story tellers on their wedding day. We chatted about our music interests, concerts, and artists.

The sun began to move behind the rolling hills, and we put them back in the field again and asked them to close their eyes, take each other in and as they synchronized their breathing, to show the other person how much they loved the other by only using their touch. This picture says it all…

Mackenzie & Mason, thank you so much for allowing us to just witness your love story, introducing us to your little family, and going on an adventure on the backroads of Penn Yan. We will always remember the night we were able to see your love unfold in front of the orange and red sky on the side of the road in Penn Yan. Your July wedding can’t come soon enough! Until then, enjoy a little video teaser!